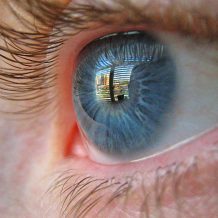 Focusing on a “target image” associated with a traumatic memory, the client is led through a step-by-step process of recalling scenes, emotions and physical sensations while receiving “bilateral stimulation” through guided eye movements, alternating sounds in headphones or alternately receiving squeezes, massaging rubs or taps on the left and right sides of the body. According to Grand, one-time traumas (car accidents, bombings, hurricanes) can be released in one session, even in a few minutes, while deeper disturbances (repeated child abuse, war experiences) may take longer and may involve additional methods of therapy. He provides compelling anecdotal evidence of EMDR’s effectiveness with train engineers traumatized by suicides and accidents on the tracks; survivors of the Oklahoma City bombing and Florida’s Hurricane Andrew; mothers of slain children in Brooklyn; residents of Northern Ireland, Bosnia, Israel and the occupied territories; survivors of child abuse; and professional actors and athletes.