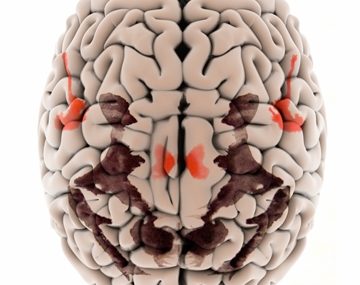 Brainspotting: a cure-all for psychological trauma or parlor trick?

If a few therapists are right, a relatively new therapy technique called brainspotting could be the closest thing yet to a cure for psychological trauma.

If they’re wrong, it’s nothing more than a passing fad in the world of psychology. Whatever the truth, the technique is a mystery for much of the world outside a core but purportedly expanding group of therapists and psychologists.

David Grand, a psychotherapist out of New York, began selling brainspotting, a technique used primarily to treat sufferers of Post Traumatic Stress Disorder (PTSD) and other traumas, to the therapeutic community about three years ago. Grand conducts large training sessions and has a slew of CDs and DVDs  for sale.

The brainspotting pitch sounds almost like a midnight infomercial: Just wear some headphones; watch the end of a pointer; recall some traumatic memories; and your problems will disappear. But wait, there’s more: Patients with trauma-related symptoms can often walk out after one or two sessions free of symptoms. Or as local therapist Lara Battles put it, brainspotting “is the bomb.”

Battles, a 30-year licensed marriage and family therapist in Arroyo Grande, is one of two people in SLO County trained in brainspotting. She and SLO-based psychologist Terri Quinn talk about it with near giddiness.

“This works better than anything I have ever seen, period,” Battles said.

The technique piggybacks on a treatment called Eye Movement Desensitization and Repositioning (EMDR), which uses oscillating sounds and images to move brain function across the left and right hemispheres to surface suppressed memories. The American Psychiatric Association and U.S. Department of Veterans Affairs only in recent years recognized EMDR as an effective treatment for trauma.

Eye Movement Desensitization and Reprocessing, or EMDR, was developed in 1991 to treat trauma patients. Brainspotting, which uses fixed eye position and is considered by some to be more effective, came more than a decade later.

Brainspotting, however, is still largely unstudied and unproven. The VA director of the National Center for Post Traumatic Stress Disorder, Josef I. Ruzek, had never even heard of brainspotting when asked by New Times. The technique is most effective on treating post traumatic stress, according to those who use it, yet even Ruzek had to Google the term, he said in an e-mail response.

“I don’t think VA will be bringing [brainspotting] into the system anytime soon because there is a lack of research-based evidence for its effectiveness at present.”

New Times could find no brainspotting critics, nor were there any national organizations with any knowledge about the therapy.

Nevertheless, about 2,000 people are trained in brainspotting, according to information from Grand. Several local therapists claimed the technique elicits the most effective results seen in decades of treating trauma, even better than EMDR. Both Battles and Quinn said the rapid results they’ve seen with brainspotting were not possible with more traditional and widely accepted techniques.

So what is it? There are variations on the method, but the key components are a pair of headphones and a fixed point for the patient to look at. Quinn uses a retractable pointing rod.

The theory behind brainspotting is that trauma in the brain can be tied to the body, particularly eye position.

The theory goes thus: Fixed eyes help focus where a trauma is stored in the brain. As the patient verbalizes those memories he or she can better bring them to the conscious surface. The goal is for the patient to process the event as a memory and not an ongoing pain.

After someone experiences a trauma they can re-live that event when encountering similar situations, Battles explained. In other words, that memory becomes ingrained in nearly everything that is experienced afterward. Battles said brainspotting unwinds neural loops of trauma left in the brain.

It’s not perfect, Battles and Quinn admitted, but they said brainspotting is more effective with trauma patients than anything before it. Quinn estimated she has about an 80 percent success rate with her patients. Will it catch on? Without more research, many skeptics say they’ll just have to wait and see..

Staff writer Colin Rigley can be spotted at crigley@newtimesslo.com.