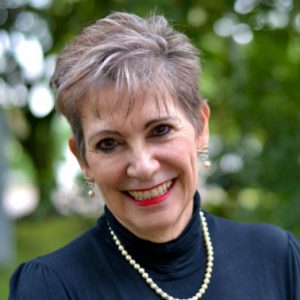 Trainer Esly Regina Carvalho, Ph.D.
Esly Regina Carvalho, Ph.D. is a Brazilian-American psychotherapist, and trained as a clinical psychologist in Brazil. She moved to Ecuador in 1990, where she founded the first Psychodrama training center in that country, and later passed the certification exams of the American Board of Examiners in Psychodrama with distinction. Trained initially in EMDR in 1996, she moved on to become one of the Latin American Trainers of Trainers accredited by the EMDR Institute, and established the EMDR movement in Ecuador and Brazil. She invited David Grand to Brazil in 2008 where a significant group of professionals have been trained, and the partnership eventually led to invitations that helped to establish Brainspotting in Ecuador, Spain and Portugal. Esly presently maintains a private practice in Brasilia, Brazil, and travels extensively in her role as a trainer. Fluent in three languages, she is a published author and international presenter in Portuguese, Spanish and English.